Good morning foodies! The super popular Competition Dining Series has announced its dream team line up for Winston-Salem’s battles. The chef competition is changing things up this year and allowing regional chefs to find their favorite culinary rock stars for some epic battles.  Looks like Chef Richard Miller of Graze Restaurant will be looking to repeat his victory.  Stay tuned for a feature story in next week’s YES! Weekly. I’ll talk to Richard and to Chef Tim from Bistro B and see what’s up! Until then, here’s the latest from Competition Dining….

Statewide Culinary Tournament Returns with Local Dinner Events May 22, 23 and 25

Winston-Salem, North Carolina – The Got to Be NC Competition Dining Series, a single-elimination tournament highlighting the best of the state’s food, agriculture and culinary talent, will host a local series in Winston-Salem with three interactive battles May 22, 23 and 25. It will pit four highly competitive chef teams against each other for the dinner events, which will be held at the Benton Convention Center. Tickets are available now at www.competitiondining.com/events/winston-salem and are expected to sell out quickly.

Every Got to Be NC Competition Dining Series dinner event includes two chef teams battling it out, each preparing three courses centered on a featured North Carolina ingredient that is revealed only an hour before they start cooking that day. Ticketed guests get in on the action, savoring a full-service, six-course meal without knowing which chef prepared which plate. Unlike any other cooking competition, attendees vote on each dish using a free app, and ultimately help determine who moves on to the next round and who goes home. New to the competition this year, the creation of All-Star Dream Teams allows chefs from different restaurants to partner together for the three-person teams, upping the potential caliber and creating a more fun and competitive atmosphere for all. 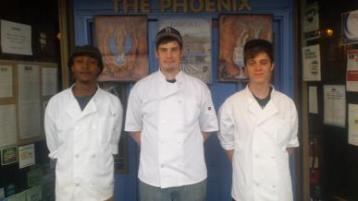 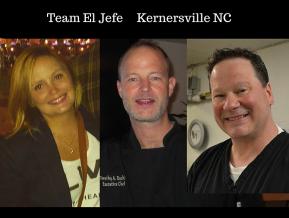 “After a wildly successful first series in Winston-Salem last year, we knew we had to bring the Got to Be NC Competition Dining Series battles back here during our 2016 season,” said Jimmy Crippen, Competition Dining Series founder and host. “We have a great mix of returning chefs as well as talented newcomers vying for the local title and are confident these will be three highly competitive dinner events. We can’t wait to see what these four teams whip up in the kitchen and who ultimately comes out on top!”

During 2016, the Got to Be NC Competition Dining Series is hosting local tournaments in Durham, Winston-Salem, Greensboro, Raleigh, Charlotte and Wilmington. The six winning teams each receive a grand prize of $2,000 in cash and prizes, and each member receives a handcrafted knife by Ironman Forge, an autographed cookbook by master French baker Lionel Vatinet of La Farm Bakery and the coveted “Red Chef Jacket” provided by ALSCO. Additionally, all six teams move on to compete in the Battle of Champions at the end of the year.

All Winston-Salem events are held at the Benton Convention Center located at 301 W 5th Street. Tickets for the May 22 and 23 battles are $59 each, and tickets for the local finale battle, May 25, are $69 each. Reservations are open now at http://www.competitiondining.com/events/winston-salem.

About The Got to Be NC Competition Dining Series

The Got to Be NC Competition Dining Series is sponsored by the NC Department of Agriculture & Consumer Services, Pate Dawson-Southern Foods, Certified Angus Beef®, Freshness from North Carolina Waters, Joyce Farms, Goodnight Brothers, Pepsi Bottling Ventures, ALSCO, Swisher Hygiene and local and regional partners throughout the state. The goal of the series is to celebrate North Carolina products and agriculture, and to showcase the culinary ingenuity and talent across the state. For more information, visit www.competitiondining.com or get in on the conversation at www.facebook.com/competitiondining and @CompDiningNC on Twitter or Instagram.